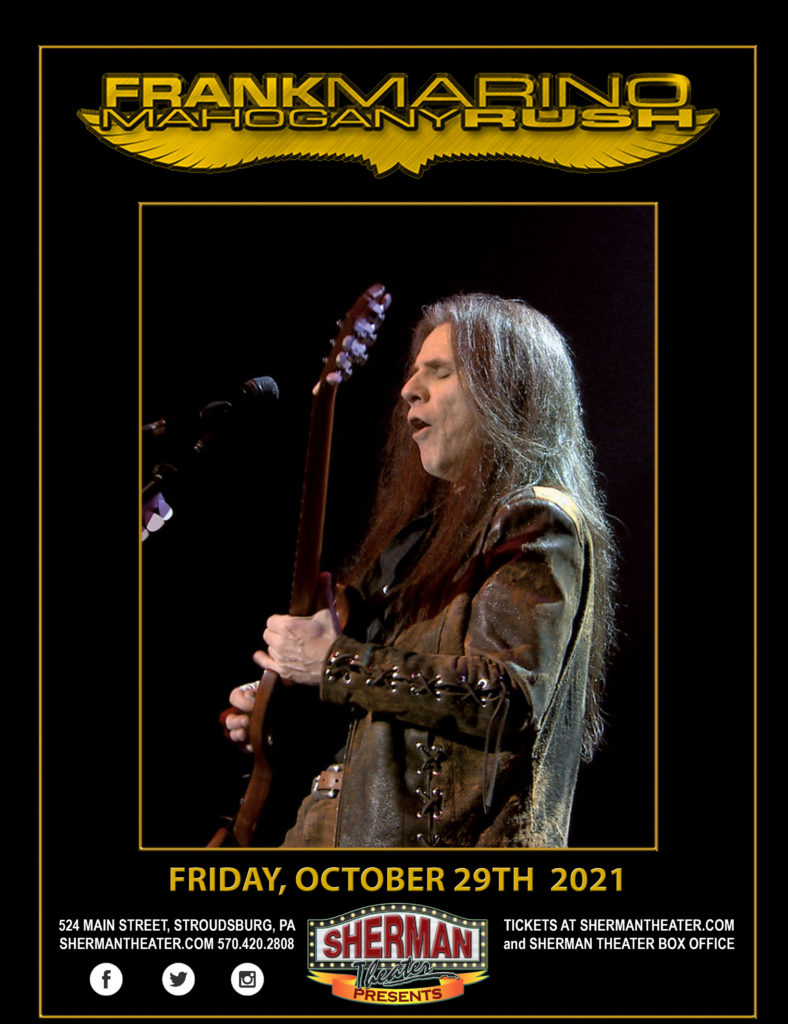 He was born Francesco Antonio Marino on November 20, 1954 in Montreal, Canada. Half Italian and half Arabic, Frank is one of five children and only has a 7th grade education that even included a short stint in military school. “Those years were the late sixties and everyone was into the hippie peace movement and we were so busy getting stoned that we certainly didn’t want to attend school. All we did besides getting stoned was listen to Hendrix, The Doors, The Beatles and a few others as well as getting involved in movements such as peace, love, anti-war etc. Those were definitely the days, not like now where many young people seem to be into negativism and hate”.It was during those days that his experimentation with LSD would lead him to what was later to become the definition of his life. As a young person doing far too much acid, he couldn’t really understand when it finally caught up with him and gave him such an incredibly vivid experience that was so overwhelming, that it landed him in the hospital. “This experience became the basis of everything that I was to do in music, including the name Mahogany Rush, which was a description I would use to describe a certain sensation that I was having on the trip. The artwork on the albums, Child of the Novelty and Strange Universe are an artist’s rendition of my trip as told by me to the artist, Ivan Schwartz, who has since passed away”.Since this early drug experience later became known to the press that covered his career, and since he played much in the style of Jimi Hendrix who had recently died, these sensationalists created stories that to this very day Frank has tried immensely and unsuccessfully to dismiss. “The most often heard story is that I took an overdose and woke up from a coma in the hospital and somehow became the spirit of Hendrix, or that I met this spirit and it entered me, endowing me with this amazing ability to play a guitar and magically know everything about it. Later on the story changed into a version that said I was in a car accident, died and came back as Jimi Hendrix in my body. They never ask me the truth and when I told them, they wouldn’t listen. The short truth about it is that I learned how to play guitar while recuperating from my trip. The guitar became a soothing help for me because of my great fear of letting my mind wander back into the trip if I wasn’t occupied and besides it was the only thing in the hospital relaxation room. I never even thought about the guitar before since I played the drums quite well anyway. I had this trip while Hendrix was still alive and began to play his music because it matched perfectly to what I was going through at the time”.It was only a few short years later after many different band members, that Frank Marino recorded his first album. “In the early years I played in a church and even on a float in a parade. I did mostly cover songs by The Doors, Hendrix, Pink Floyd, Cream, Johnny Winter, The Beatles and even The Grateful Dead as well as a few originals that I had written”.Frank Marino’s music never reached the mainstream of popularity, but has had a devoted fan base that has grown over the years. Being sober now for over 35 years, he still plays with the enthusiasm that he’s always had. Frank is into his music and doesn’t really care for the business side of it and has always produced his own albums as well as writing and arranging all of the music. If you ever get a chance to see him play live, don’t pass it up. I have been a devoted fan for 30 years and welcome any newcomers with open arms.

Concert Crave presents… LIL TJAY “Destined 2 Win Tour” + Special Guests, DJ’s, Support Artists Sunday, October 3, 2021 | Doors 6:30pm Stroudsburg, PA – The Sherman TheaterAll Ages To Enter | 21+ To Drink Tickets & Info: www.ConcertCrave.com Before Lil TJay became the Internet heartthrob with delectable deliveries and streams in the multi-millions, he was just a kid from the Bronx with an equal love for Jay-Z bars and Justin Bieber songs. His mother’s favorite artists (Usher, Michael Jackson) taught him melody. Today, that melody is the 18-year-old’s gift as well as a catalyst for his embryonic hip-hop stardom. To hear the rhyme rookie’s early succession of rap hits is to experience aqua flows and stark hooks as addictive as Instagram’s discovery page. A closer listen offers the biography of a kid who survived adult sins and consequences before he was old enough to drive.  Raised in a NYC neighborhood saturated with gang culture and deficient of positivity, Lil TJay eventually earned himself a year of incarceration. Upon release, he committed himself to finding legal routes toward his music dreams. The studio would be his saving grace and destiny. His first recording birthed the heartless yet catchy “Resume.” Soon after, the flammable “Brothers” would earn him his first Internet smash. The infectious hook and sophisticated harmony snatched ears and eyes to the tune of 58 million plus YouTube viewers. The follow-up, “None of your Love” exhibited TJay’s artistic range as it swam into deeper R&B waters to express a Pitbull’s puppy love. It’s as if Jackson 5 MJ and Future turnt up in some alternate universe.  The independent hits summoned major record labels, resulting in Lil TJay’s first courting season. He weathered the rush, eventually deciding to share a home with Beyonce and Pharrell inside Columbia Records. Shortly after the Bronx native went platinum with Chicago rapper Polo G (Pop Out).The EP F.N alongside a record also named F.N is currently on the rise quickly. Visuals alone for F.N the record racking up over 11M views on youtube. With 1.5M Instagram fans and platinum SoundCloud status, TJ is a rapidly rising star, according to the cream of music media: Pitchfork to The New York Times to Fader to Rolling Stone to countless more. It appears that the future success of Lil TJay will also have no chill button. 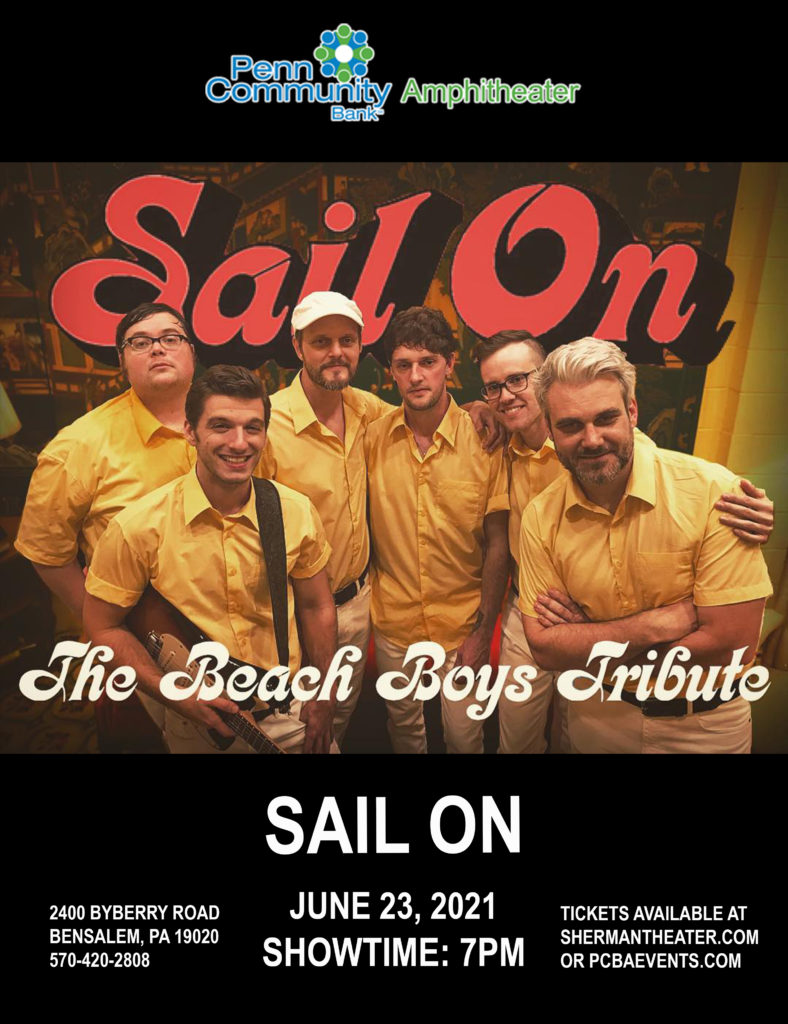 Having played to capacity audiences across the nation this fall, Christian music supergroup Newsboys United announced today it will extend its monumental “Greatness Of Our God” Tour into the spring of 2020. On the heels of the group’s history-making #1 album, United, the band plans to hit the road again next spring with a slate of nearly 35 new shows. Back by popular demand, the spring leg of the “Greatness Of Our God” Tour will once again bring together former members Peter Furler and Phil Joel with Newsboys’ Michael Tait, Duncan Phillips, Jeff Frankenstein and Jody Davis. The iconic band will be taking the stage to perform several of the new songs from their recently released United album, as well as a set of songs spanning their three-decade career, from recent chart-toppers “God’s Not Dead” and “We Believe,” to classics like “Shine” and “Entertaining Angels,” among many others.Kicking off Feb. 6, in Eden Prairie, Minn., the “Greatness Of Our God” Tour will also feature Grammy-winning American Idol Season 5 finalist Mandisa and acclaimed singer/songwriter Adam Agee as special guests. The tour is slated to run February through April, making stops in Minnesota, South Dakota, Illinois, Kansas, Oklahoma, Indiana, Virginia, Michigan, Wisconsin, Georgia and more, before wrapping up April 26, in Grand Prairie, Texas.Tickets for the “Greatness Of Our God” Fall Tour will be on sale in most markets by Friday, Nov. 8, and special VIP add-on packages are also available which include early entrance, pre-show Q&A with Newsboys, souvenir tour laminate and poster, and exclusive VIP location for buying tour merchandise. A limited number of Platinum VIP packages will also include an exclusive photo with Newsboys backstage. For more information and to purchase tickets, visit Newsboys.com.Newsboys’ latest release, the groundbreaking United, debuted at #1 on the Billboard Top Christian Albums chart following its May 10 release. A 10-song collection of compelling praise & worship moments and powerful pop tracks, United was produced by Peter Furler and Geoff Duncan and showcases four songs co-penned by Furler. The album is highlighted by the hit debut single “Greatness Of Our God,” a triumphant worship celebration showcasing Furler and Tait on lead vocals, and also includes “Love One Another,” with guest vocals from Kevin Max; pulsing praise anthem “Only The Son (Yeshua)”; “Symphony,” a call to complete surrender; and the worshipful “Set Me Ablaze,” which was originally recorded by Bethel Music and written by Mia Fieldes, Bryan & Katie Torwalt and Jacob Sooter.One of the most influential bands in Christian music history, GRAMMY®-nominated, Platinum®-selling Newsboys have sold more than 10 million units, amassed eight Gold® certifications, 33 #1 radio hits, four GRAMMY® nominations, two American Music Award nominations and multiple Dove Awards. Since their formation in Australia three decades ago, Newsboys have released 24 recordings and their signature songs include “We Believe,” “He Reigns,” “Miracles,” “Born Again” and the Platinum® certified mega hit, “God’s Not Dead.” For further information visit newsboys.com or follow the band on Facebook, Twitter and Instagram.