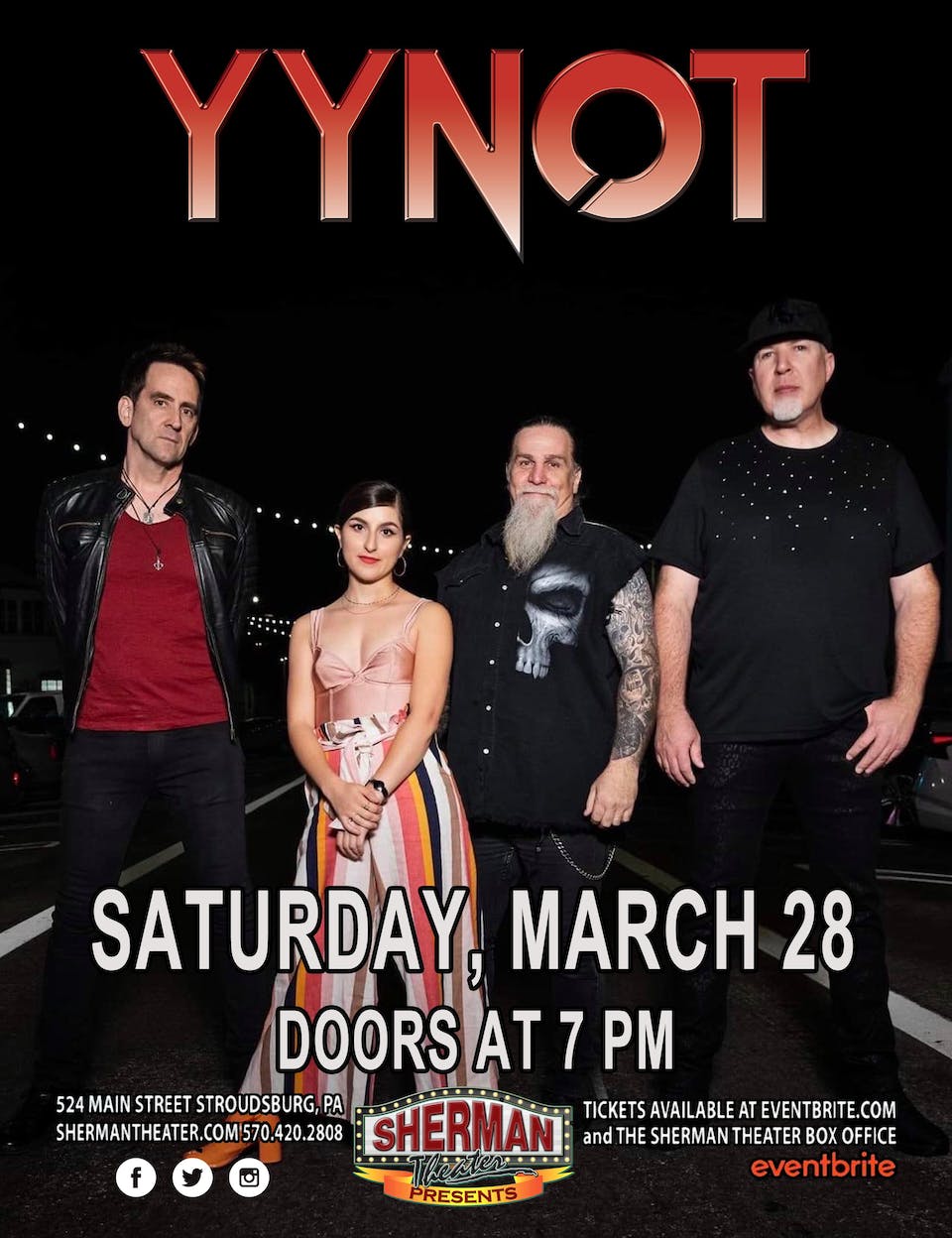 YYNOT was the coming together of award winning-Grammy ballot nominated Guitarist/Songwriter/Producer Billy Alexander (John Waite, FEEL, Ron Blair-Tom Petty) out of Southern California and Florida based virtuoso bassist Tim Starace. After being inspired from the last ever Rush R40 concert Alexander wrote and recorded an instrumental piece entitled "YYNOT" that captured tinges of early Rush music that had inspired him as a child. Not long after, Alexander saw Bassist Tim Starace post videos of his mind-blowing and accurate Rush bass covers, Alexander approached Starace about forming an online collaboration by creating videos of Rush classics. The videos have grown in popularity and have gained nearly 2,000,000 views!. Their original Rush influenced videos gaining over 500,000 views on Facebook alone. They’ve played to standing room only shows at The Whiskey A Go Go in Hollywood, Gaslamp in Long Beach, CA., Eau Gallie Civic Center, Melbourne FL., Metro Music Hall, Utah, Diesel Concert Lounge, Detroit and others.

Alexander recruited then 20 year old Rocky Kuner after seeing her perform a jaw-dropping version of Deep Purple’s “Highway Star” while she was still in highschool!

Drummer Joel Stevenett came into the fold when a member of a Rush online group suggested he and the band work together. After seeing the world -class drummer perform a Rush drum medley on YouTube it was obvious this was a perfect match!

‘YYNOT’ pride themselves on perfectly accurate representations of the Rush catalog as well as a penchant for releasing “Rush-esque” original material that stands up against some of the strongest progressive/hard rock music out there.Their originals have already garnered national airplay as well as in Canada. Recent shows this year in Florida, California, Utah, Detroit MI were packed with fans. Some who flew or drove hundreds of miles to see the band in concert.

YYNOT’s live shows are designed to take the fans on a journey back in time as well as deliver a fresh new spark and bring back the power and majesty of hard rock that the fans have an undeniable hunger for.