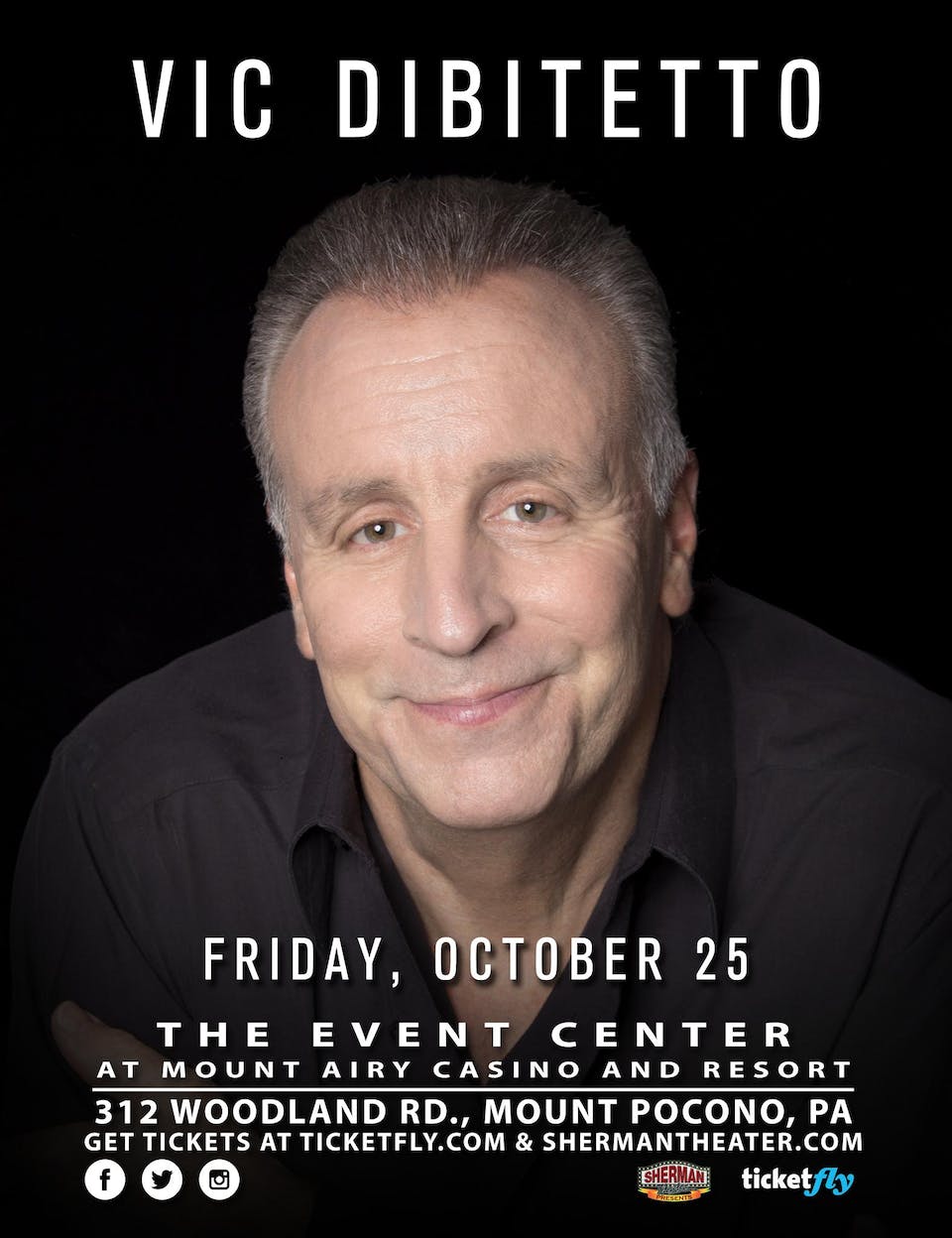 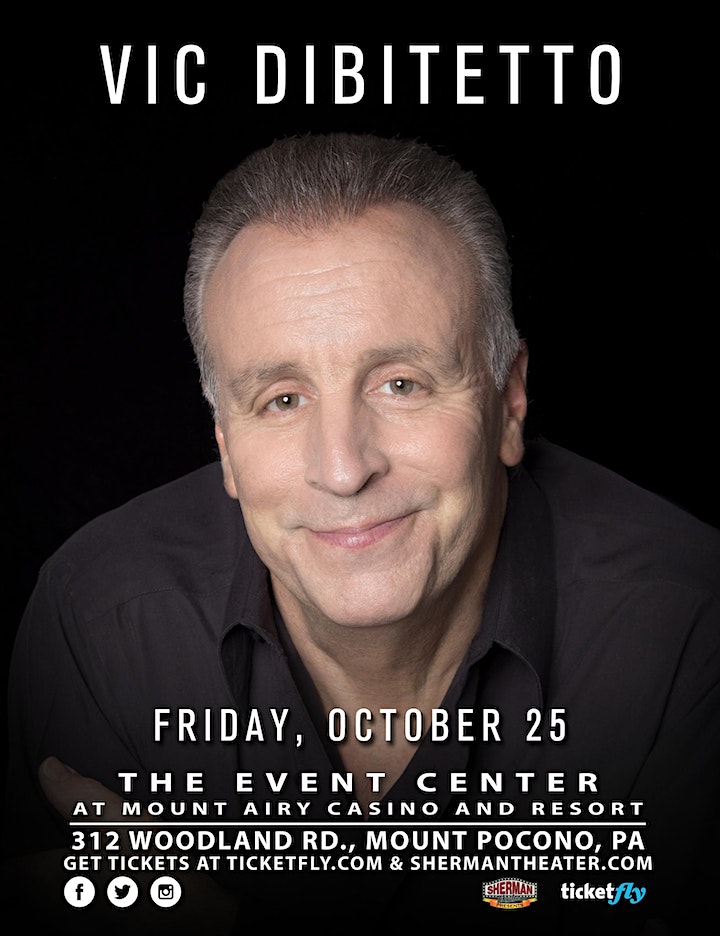 An incredibly powerful performer, comedian Vic DiBitetto churns energy, honesty and humanity into nonstop laughter. His pace is frenetic. He's been called a cross between Rodney Dangerfield and Ralph Kramden. The bottom line is, DiBitetto leaves his audiences breathless with laughter.

Vic is now a successful national headliner and selling out theatres across the US.

• An Internet Sensation with hundreds of millions of internet views

• Co-Starred in two independent films Turkey's Done and Who's Jenna

• Headlining major theatres such as The Wilbur in Boston, Park West in Chicago, Westbury Music Fair in Long Island, The Borgata in Atlantic City, Tarrytown Music Hall in Westchester, The Odeum in Rhode Island and Cobbs in San Francisco among many others.

Vic has appeared on television's America's Funniest People (ABC) where he was a $10,000 Grand Prize winner as well as Stand-Up Spotlight (VH1) and Last Laugh at Pips. He regularily appears on CBS Sports Radio, Chazz and AJ in the Morning, John Fugelsang on Sirius and NJ 101.5 and his NY Giants and NY Yankee videos are often discussed on ESPN and WFAN radio.