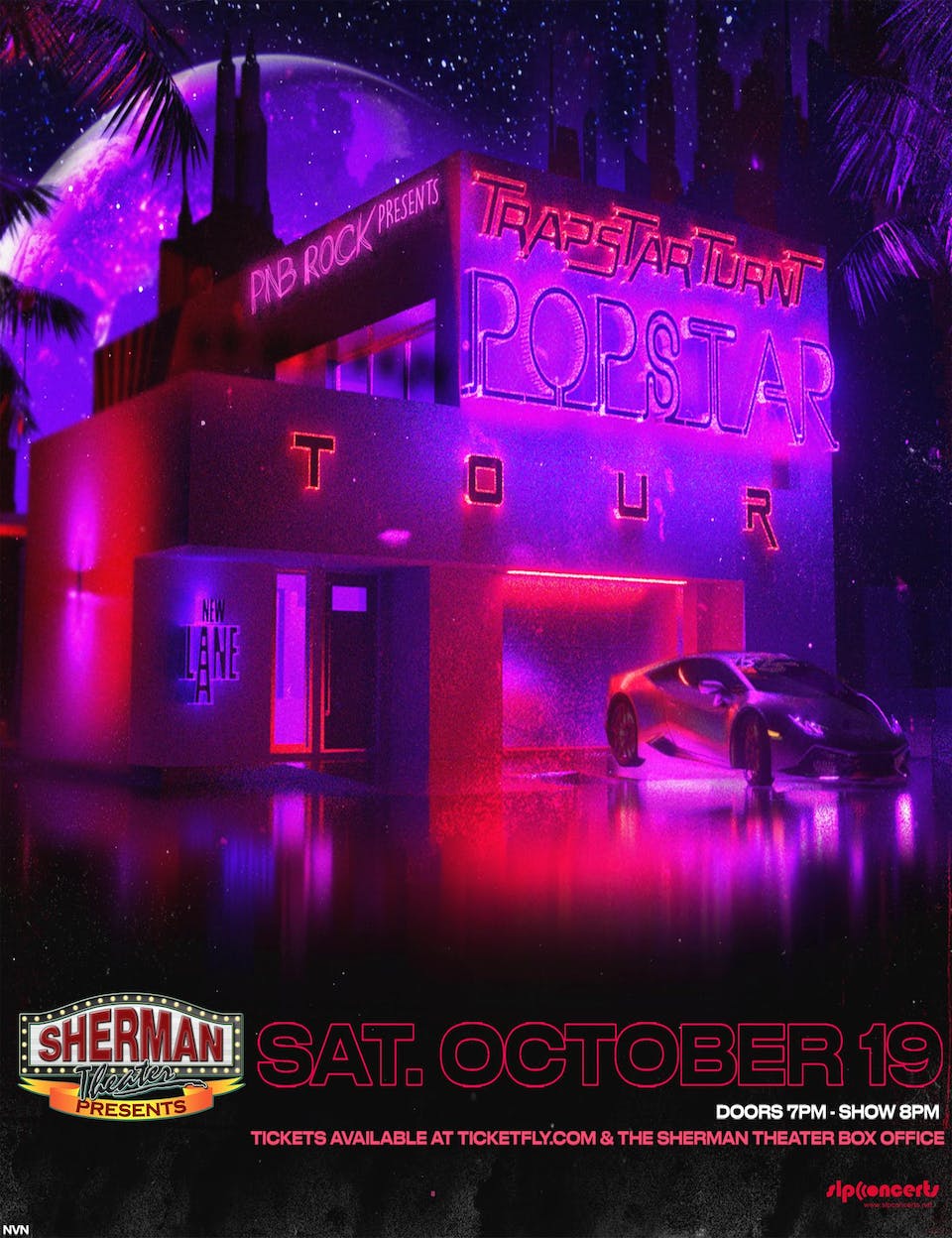 TICKETS GO ON SALE TO THE GENERAL PUBLIC ON FRI. 7/12

PnB Rock, is an American rapper from Philadelphia, Pennsylvania. He is best known for his 2015 Single, "Fleek" and 2016 single, "Selfish". Rock was chosen as part of the XXL Freshman Class.

Grand Khai is an American hip-hop artist from Queens, New York whose vibrant melodic sounds in his pop / R&B influenced songs have cemented him as a unique talent in the underground scene. As someone who became quickly enamored with audio and visual production, Grand Khai would soon find his sound which has continued to grow his fan base into a consistent 10k+ stream on Spotify while followers are only projected to grow.

Beginning in his brother's foot steps, Grand Khai's music career began by hearing his oldest brother's songs through a speaker. Having been amazed at his brother had the ability to create and equally impressed with his writing ability, Grand Khai took note and soon would be writing down every hook, punch line, and chorus that came to mind. While refining his music's direction, 50 Cent became an early influence from being inspired by his own story. Grand Khai's first release would come in July 2015 with his single titled "Need You" featuring Gabby Cedeno.

Grand Khai recently ended a consistent span of touring starting in Wilkes Barre, Pennsylvania and ending in Austin, Texas. Throughout the entirety of his touring career, Grand Khai has shared the stage with artists like A Boogie Wit Da Hoodie, Lil Uzi Vert, PnB Rock, and Fat Joe to name a few.

Currently Grand Khai's song "Golden" is featured on over thirteen different YouTube channels with over 300k streams in less than four weeks with the track also being reposted by The Chainsmokers on Sound Cloud. The rhythmic agility in the verses with the acoustic guitar tying together the hook has made this track an unprecedented hit. Upcoming shows are presently being secured while Grand Khai's most current EP is slated for release later this year.

Grand Khai is available for streaming and purchase on most major media platforms such as Apple Music, Googly Play, Sound Cloud, YouTube, Tidal and Spotify. You can also find Grand Khai via Twitter and Instagram at @GRANDKHAI.