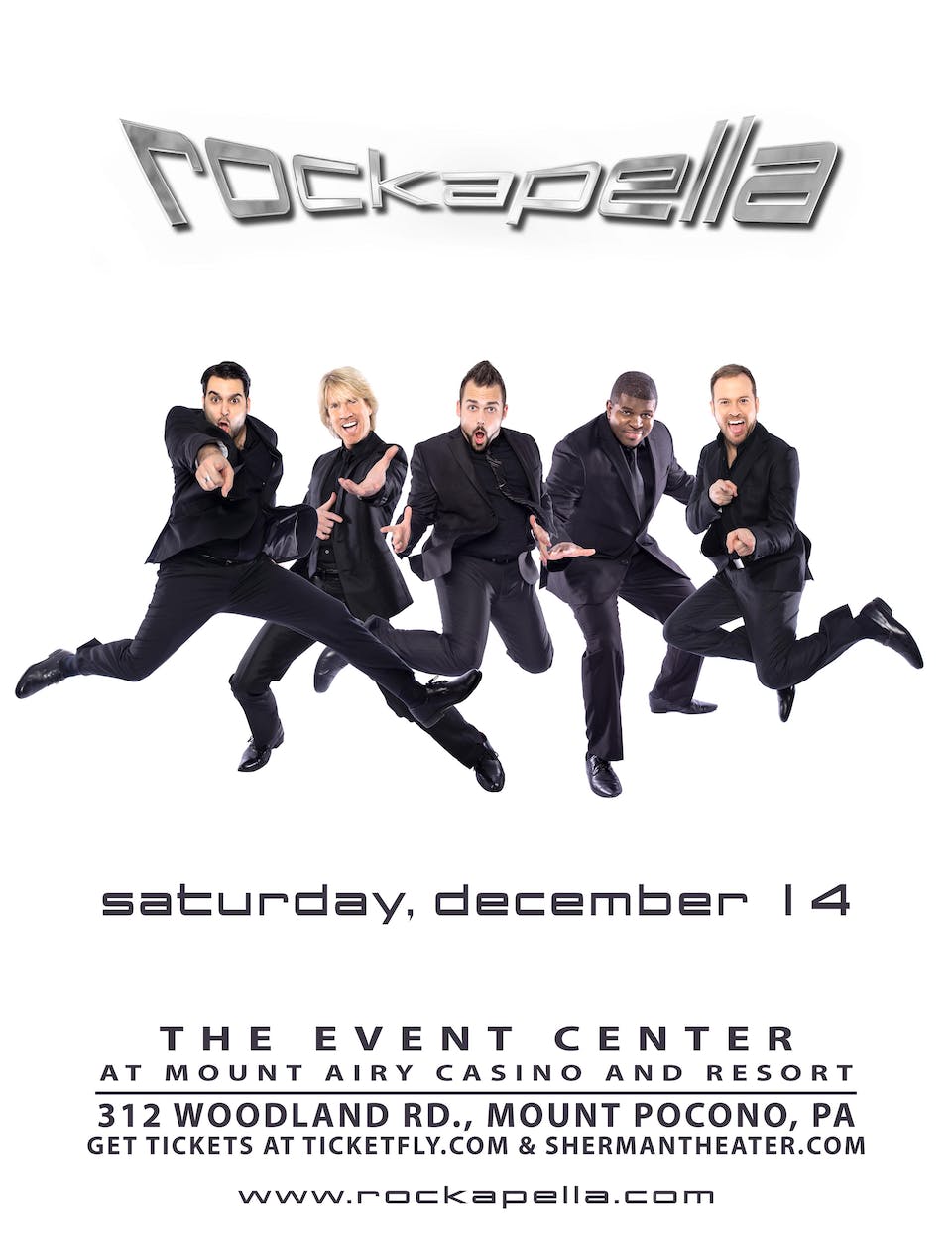 They’ve become one of the world’s most sophisticated, lasting, and imitated vocal groups around today. You’d be hard-pressed to find a more influential one out there in this era of network television a cappella shows like NBC’s The Sing-Off, movies like Pitch Perfect, and innumerable college vocal groups that own the corner of cool on campuses everywhere.

Since the early ’90’s when they first achieved national television fame on PBS’s Where In The World Is Carmen Sandiego?, they’ve toured the globe and provided a funky powerful soundtrack to several generations of vocal music fans, while keeping it all fresh along the way. With buckets of catchy original pop songs, and complete contemporary revisions of sparkling Motown, pop, and soul classics, this group has always been the one to watch. ”Often imitated – never duplicated” applies here. Now they’re better than ever!

As one of the progenitors of the astonishing full-band sound of “contemporary” a cappella, Rockapella has shown every audience the raw power of pure vocal talent and originality. “There’s nothing between us and the audience – it’s very human music – with nothing missing” says Rockapella’s human beatbox Jeff Thacher. No instruments, no tracks, no mirrors…but never lame.

We make it rock and make it interesting,” explains Scott Leonard, the group’s chief songwriter, arranger and an architect of their ever-evolving and imitated dynamic sound. USA Today summed up the lasting appeal like this: “The best musical instrument of all is the human voice – if you’ve seen Rockapella you know that’s the truth.”

“People have a hard time believing it’s just us making all of that music. It’s still those same elements that make modern band music: percussion, bass, melody and harmonies,” says Scott. “Our success in the art of it – it’s not what you do, but how you do it!” adds Jeff. And Rockapella has indeed proven that forming original pop & soul magic onstage is what sets them apart.