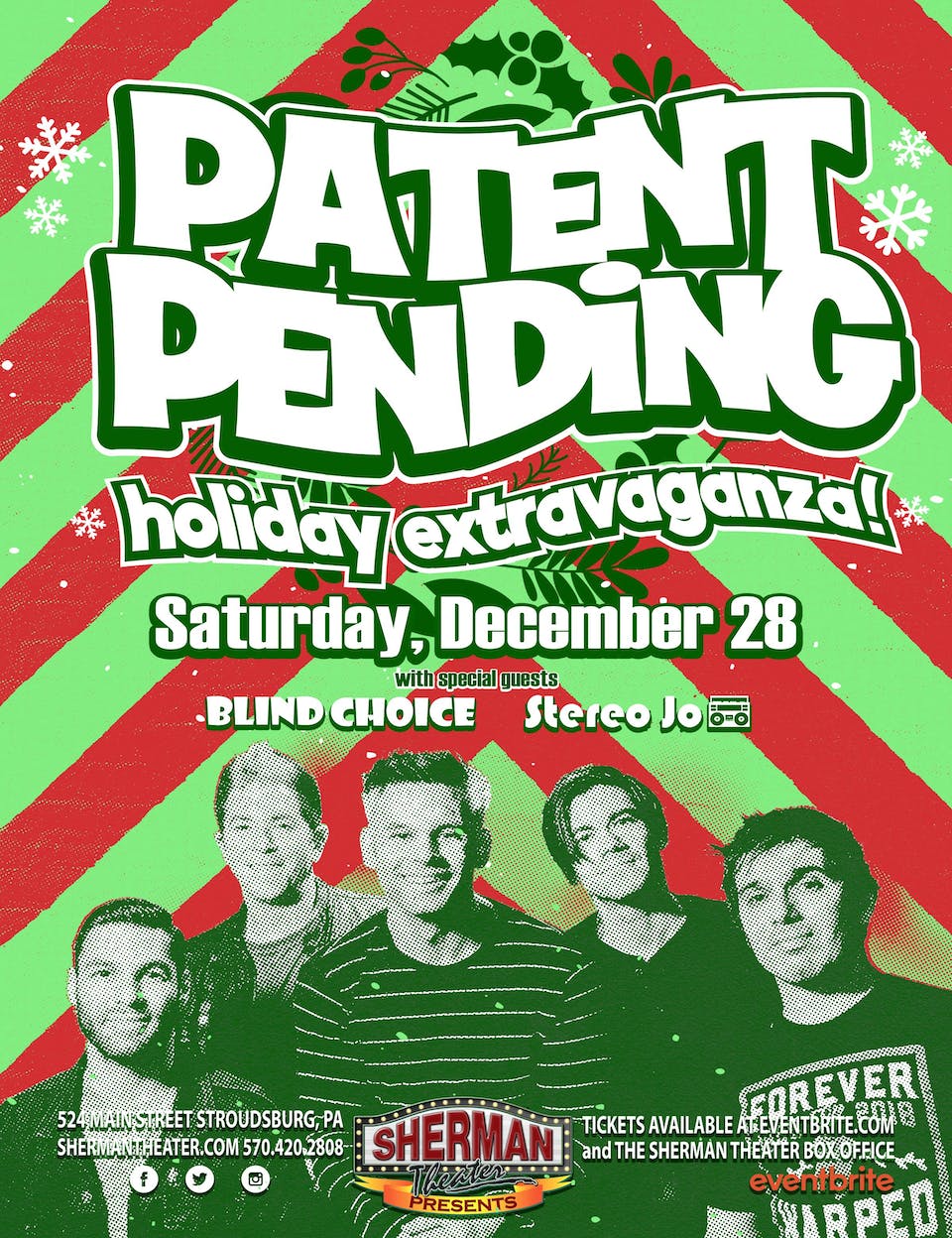 With a never-say-die attitude and enough live energy to power Times Square, Patent Pending their sites on taking over the music industry from the ground up. Growing in size from basements to amphitheaters, to sold out headlining shows in the United Kingdom, they've never let go of the genuine DIY code of ethics the band was founded on over a decade ago. The live show, which has been described as "psychotically fun and dramatically moving," is an inspiring testament to the ever growing army of "lifers" behind them (better known as - "The Second Family").

Hard work and dedication have yielded some incredible results for Patent Pending. They've enjoyed the success of three music videos reaching the coveted #1 spot on MTV.com, with state side rotation on MTV, MTV2, MTVu, Fuse on Demand and Kerrang TV in the United Kingdom. In 2012 PP's warrior like determination won them the Billboard Music Awards "Dream Seeker Of The Year" trophy and afforded them the honor of delivering a ground-shaking performance of their song "Dance Til We Die" in front of a National Television audience of over 8 MILLION home viewers on ABC. Later that year, opportunity came knocking again in a big way when pop-rock legends "Bowling For Soup" gave the band an opening spot on their massive UK Tour. That first trip to Europe proved to be a life changer for the New York natives. It leads the band to return for multiple headlining tours and earned them a spot on Donnington Park's historic DOWNLOAD FESTIVAL with the likes of Slipknot and Iron Maiden

Equipped with an innovative and hilarious single/mockumentary/music video for the their song "Hey Mario" and their ever-expanding tour schedule including the United States, United Kingdom, Germany and Australia, Patent Pending shows no signs of slowing down and even less of forgetting where they came from. A quote from a recent interview with front man, Joe Ragosta can best explain - "The music makes us a band, the connection with the people who listen to that music makes us a family, and family is stronger than anything."