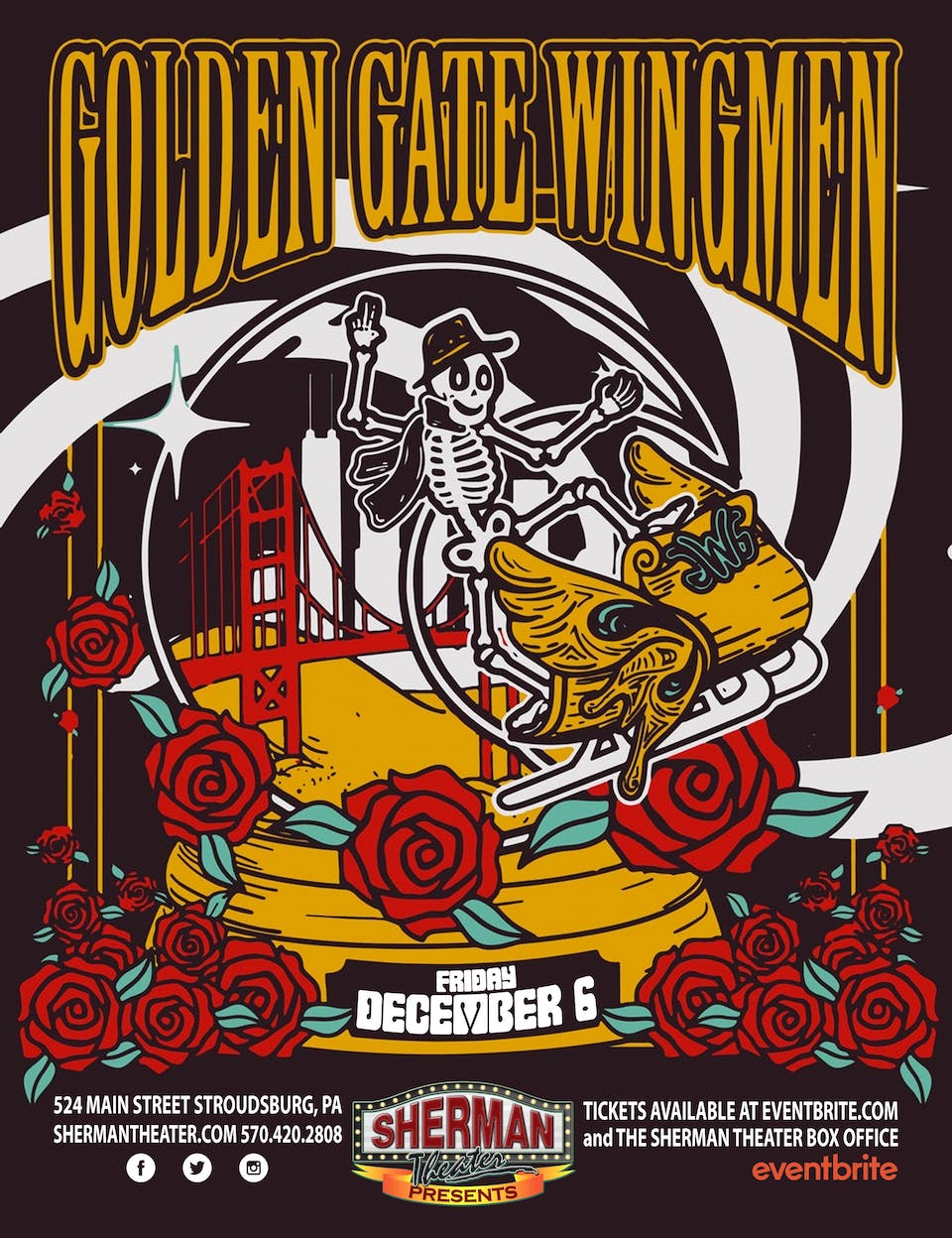 In the tradition of psychedelic dance music, the Golden Gate Wingmen keep the Grateful spirit alive! Comprised of musicians that have performed extensively with the original members of the Grateful Dead, the Golden Gate Wingmen delight audiences with original songs, as well as a wide variety of covers and Grateful tunes. Their spring tour will take them through the Northeast, then on to Denver, Colorado, finishing up with their first appearance at New Orleans Jazz and Heritage Festival.

United by their love to jam and make people dance, Golden Gate Wingmen formed in 2014 at Terrapin Crossroads in San Rafael, California, when John Kadleciik called upon some of his favorite Bay Area musicians to do a gig in the Grate Room. Prior to that Kadlecik had been touring with Phil Lesh and Bob Weir, in Furthur, where he had first played with Lane and Chimenti. As Furthur finished a wonderful run of over 300 shows, Kadlecik, Chimenti and Lane wished to carry on their musical brotherhood. and with his creative and unique approach to playing bass, Mathis completed this amazing quartet. Touring nationwide over the last several years, the Wingmen have developed a style all their own. From Bob Dylan to Van Morrison, to Bob Marley to Led Zeppelin, the Golden Gate Wingmen create a fusion of rock, funk and jazz like no one else.