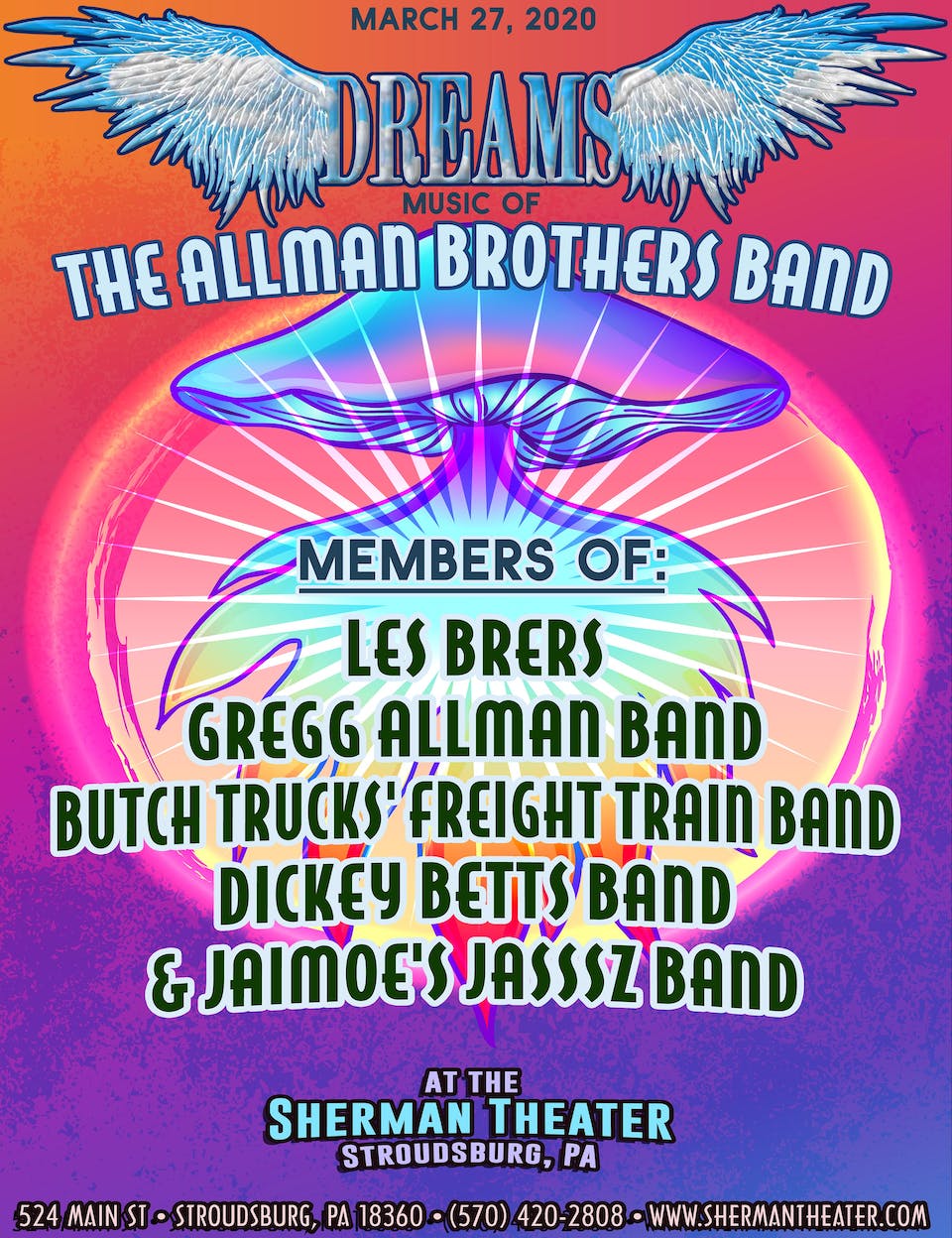 Presented by the Sherman Theater

Dreams - the music of the Allman Brothers Band

iCal
Google
Dreams - the music of The Allman Brothers Band at the Sherman Theater on Friday, March 27th

Tad Isch was in the Freight Train Band recruited from a Mid Atlantic Band, Hotlanta Band by Butch Trucks .

Junior Mack and David Stoltz are currently with Jaimoes Jasssz Band and Dreams Band along with many other projects.