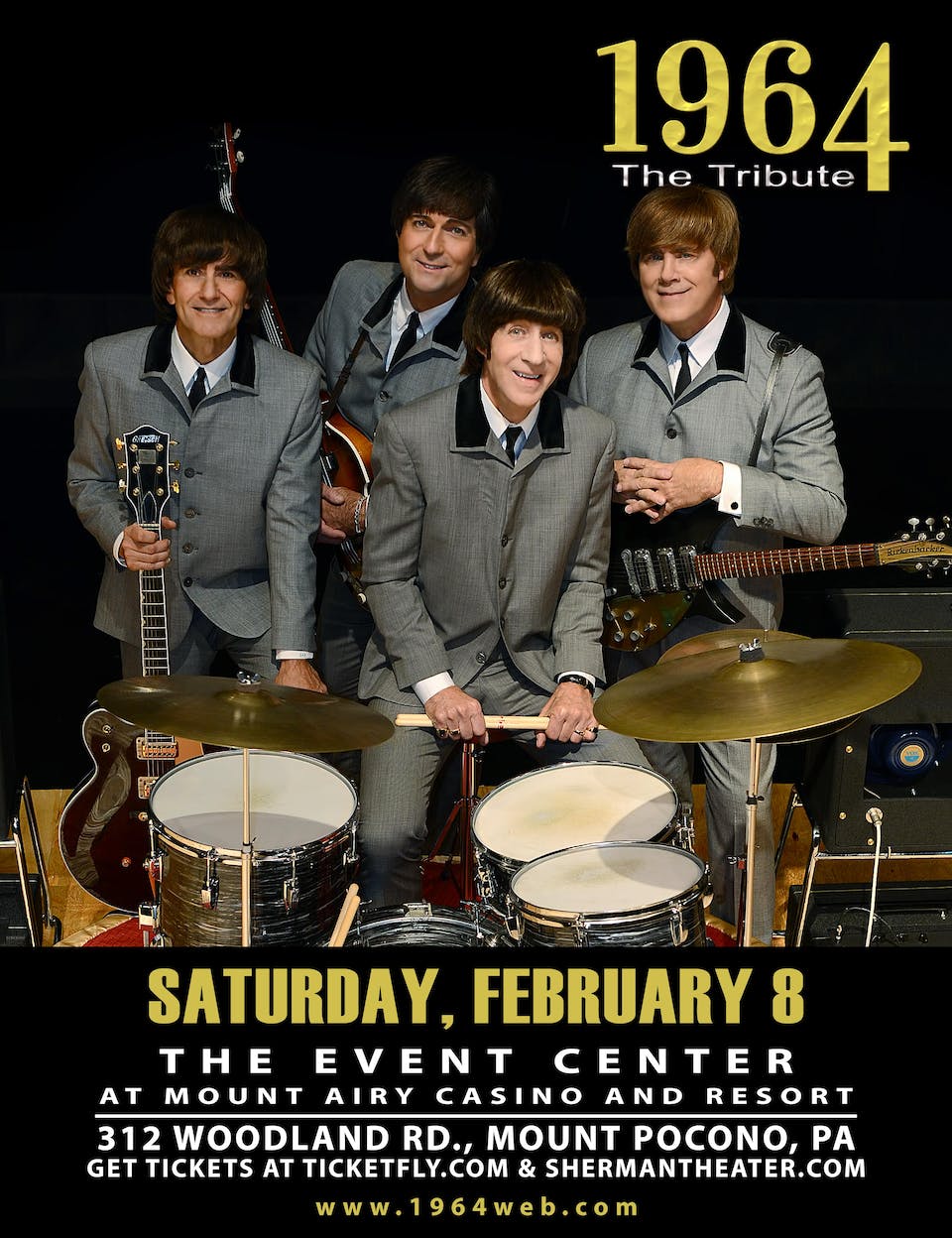 iCal
Google
1964 The Tribute at The Event Center at Mount Airy Casino and Resort!

“1964” The Tribute takes their audiences on a musical journey to an era in rock history that will live in all of our hearts forever. They are hailed by critics and fans alike as the most authentic and endearing Beatles tribute in the world - focusing on the quintessential moment in history, when The Beatles actually played before a LIVE audience.

The Beatles toured the world in the early 1960's, but now only a precious few remain who actually saw them LIVE. Who actually felt the "mania" that brought them to world acclaim. Today, all that remains are a few scant memories and some captured images in pictures and on poor quality film and video. "1964" meticulously re-creates the "MAGIC" of those LIVE Beatles' performances with artful precision and unerring accuracy.

For those that never saw The Beatles LIVE and always wanted to know what it must have been like...this is as close as anyone could possibly get to...FEELING the MAGIC! For over 30 years, "1964" has thrilled audiences with what is considered to be the most authentic and endearing tribute to The Beatles. This has been accomplished by a steady and consistent cast of talented professional musicians, who painstakingly recreate the look, feel and note for note sound of an actual LIVE Beatles performance.

Choosing songs from the pre-Sgt. Pepper era, “1964” astonishingly recreates an early 60’s live Beatles concert, with period instruments, clothing, hairstyles, and onstage banter. Over 25 years of researching and performing have made “1964” masters of their craft. Come see why “1964”…The Tribute is the definitive Beatle show!